The Only Constant Is Change 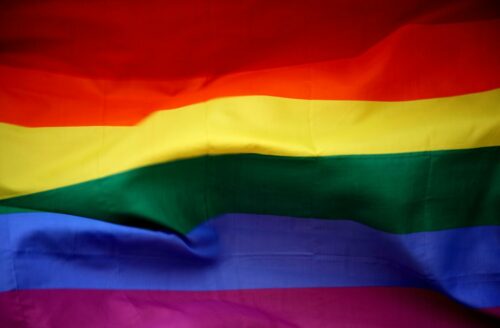 While Bostock’s ruling is about wrongful employment termination, the decision has implications for employer-sponsored health plans and other benefits. Discrimination on the basis of sex in employment, including benefits, has been prohibited for over 55 years by Title VII. In 1978, the Pregnancy Discrimination Act (PDA) amended Title VII to include pregnancy discrimination as prohibited sex discrimination. As a result, employer-sponsored health plans must cover pregnancy, childbirth and related medical conditions in the same way and to the same extent as other medical conditions that are not gender specific. The Supreme Court has also ruled that Title VII requires an employer-sponsored group health plan to extend equally comprehensive coverage to both sexes and cannot discriminate on sex-based characteristics (Newport News Shipbuilding Co. v. EEOC, 462 U.S. 669 (1983)).

The Supreme Court’s Bostock decision creates a compliance risk for plans that cover and treat individuals differently based on sexual orientation and/or gender identity. Bostock will bolster Title VII challenges to transgender benefit exclusions and make reliance on §1557 of the Affordable Care Act (ACA) less important for employment discrimination claims. Although none of the Bostock cases raised §1557 issues, the Supreme Court’s opinion will certainly influence how lower courts and HHS interpret the scope of this provision’s protections.

The initial Section 1557 regulations, which were finalized in 2016, defined “on the basis of sex”[1] to include “discrimination on the basis of pregnancy, false pregnancy, termination of pregnancy, or recovery therefrom, childbirth or related medical conditions, sex stereotyping, and gender identity.” 45 CFR §92.4. Courts interpreted §1557 to prohibit discrimination based on gender identity, gender expression and transgender status in healthcare, including insurers and even some group health plans. Under these rules, a group health plan subject to Section 1557 could not categorically exclude or limit coverage for all health services related to gender identity or other discriminatory restrictions on health services related to gender dysphoria. Healthcare providers likewise could not discriminate against or deny care to transgender individuals.

On June 12, 2020, HHS published revised §1557 regulations that remove the healthcare and health coverage protections for transgender and gay individuals and limits the entities subject to §1557. Among other significant departures from the 2016 rules, the new final rule:

On April 22, 2019, the U.S. Supreme Court granted three petitions for writs of certiorari, raising the question whether Title VII’s prohibition on discrimination on the basis of sex also bars discrimination on the basis of gender identity or sexual orientation. Because Title IX adopts the substantive and legal standards of Title VII, a holding by the U.S. Supreme Court on the definition of “sex” under Title VII will likely have ramifications for the definition of “sex” under Title IX, and for the cases raising sexual orientation or gender identity claims under Section 1557 and Title IX which are still pending in district courts.

HHS’ comment, published just three days prior to the Bostock decision, will undoubtedly lead to the HHS having difficulty justifying the removal of sexual identity and orientation protections from the §1557 regulations. Bostock will also influence the outcome of §1557 discrimination claims in federal courts. However, now that the Supreme Court has ruled that Title VII protects transgender and gay individuals from discrimination, reliance on §1557 of the ACA may become less important for disputes involving employment-based coverage.

Bostock’s Title VII decision will have far-reaching consequences for employers and the workforce that go well beyond benefits and could influence how other federal and state sex nondiscrimination laws apply to sports, schools and public accommodations. For now, employers evaluating existing limits on health coverage for same-sex spouses or gender-transition services need to keep in mind not just Title VII but also other federal and state laws protecting the LGBTQ community.

Here are some things for employers to do in light of the Supreme Court’s Bostock decision:

[1] Bostock analyzed language in Title VII, which says “because of sex”, while the HHS final rule relies on Title IX, which uses the phrase “on the basis of sex”.

Questions? Our employment lawyers can help.